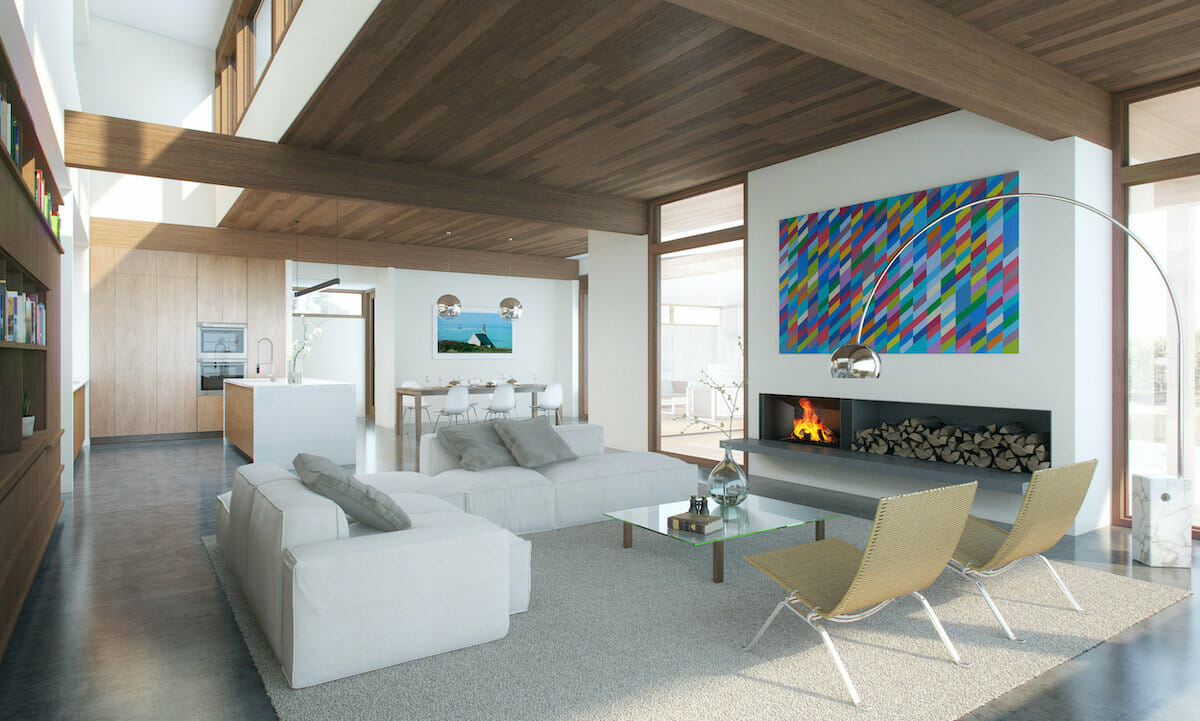 Mid-century modern design is as popular as ever—and it’s easy to see why. Its clean lines and simple forms can create a sense of order and calm in even the busiest spaces. Perhaps most important, however, is its high versatility, making it work in a variety of settings tailored to your needs. A recent Decorilla client was looking for that exact kind of timeless appeal. So, read on to see their beloved new open-space mid-century modern dining room and living room combo!

When the homeowners bought their house, they were not sure when and on what scale they wanted to renovate. It seemed sufficient to make a few changes to the home’s layout and update the overall, dated style. They approached Decorilla with a few essential ideas, asking the designers to:

Pro Tip: Knowing your style preference can help guide your room makeovers. Not sure if mid- century modern is your style? Take our Free Interior Design Style Quiz to discover your unique decorating style today! 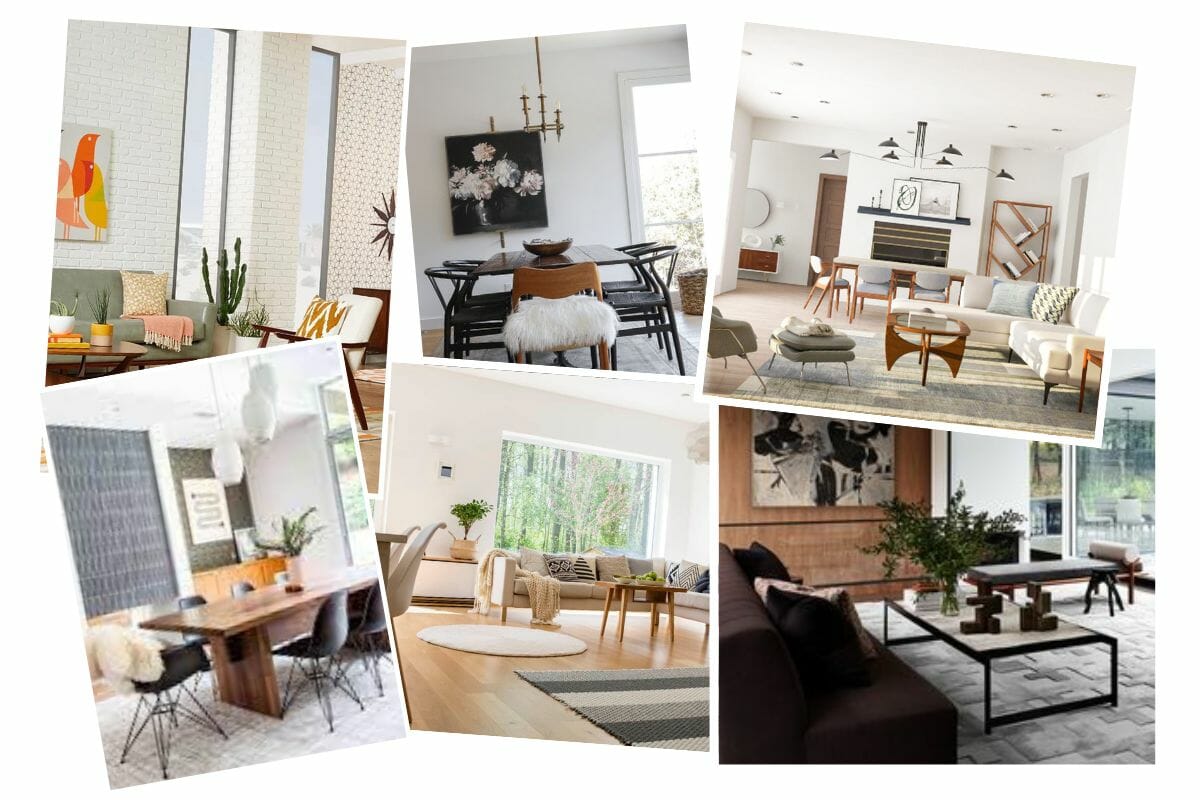 The client provided a set of inspirational images in order to convey her vision better for the open living room design online. Although their image selection varied a bit, their ideas rendered a light and airy space filled with clean lines and functionally beautiful furnishings. Above all, the client wanted to express their affection for the mid-century rooms. 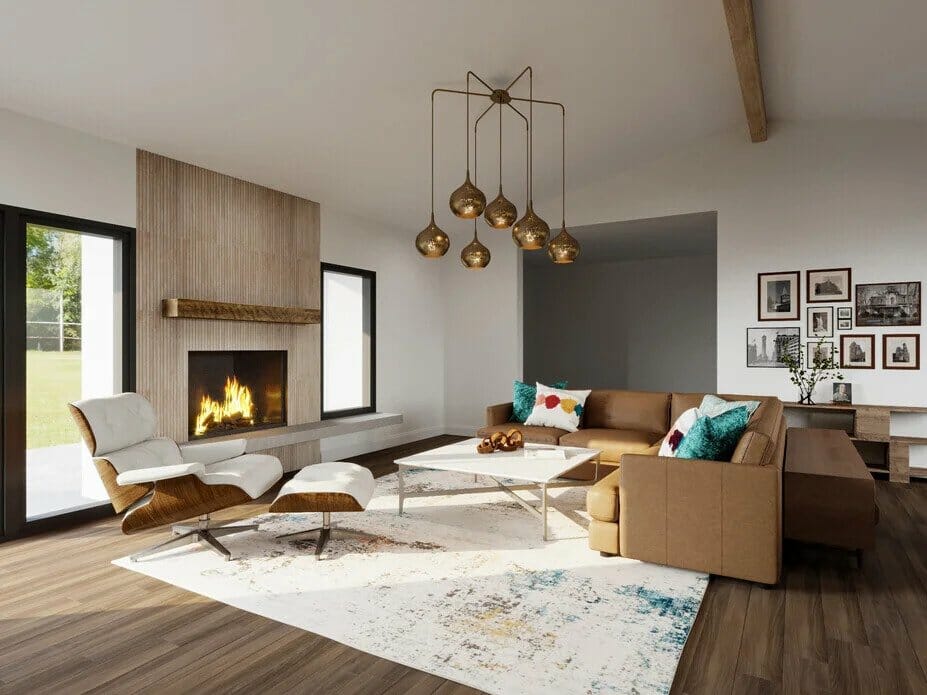 With a clear direction regarding the client’s desires and style preferences, Decorilla was able to connect them with two accomplished interior designers. Both had a keen eye and a deep understanding of mid-century interior design concepts, allowing them to approach the client’s demands properly. Consequently, the choice between the two initial propositions was not quick or easy. After spending some time weighing their options, the client finally decided to proceed with Theresa G. 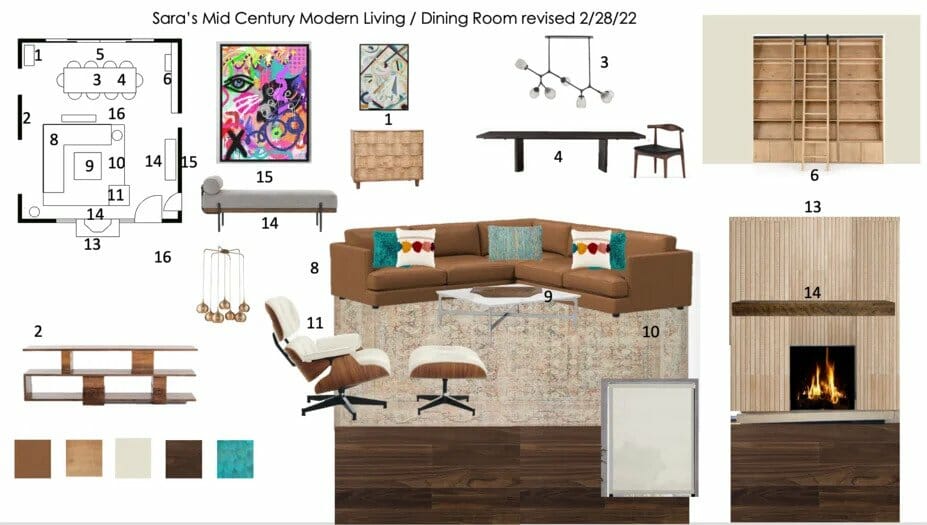 The client also requested that the space have a bit of an “edge” to it, something that would set it apart. In order to achieve this, Theresa sourced a mix of mid-century living room furniture and contemporary decor. The idea was to select diverse but complementing pieces that would work together to create a distinct aesthetic, timeless and trendy at the same time. Her moodboard, as a result, reflected cheerful, fresh, and inviting vibes still firmly rooted in the mid-century modern style. 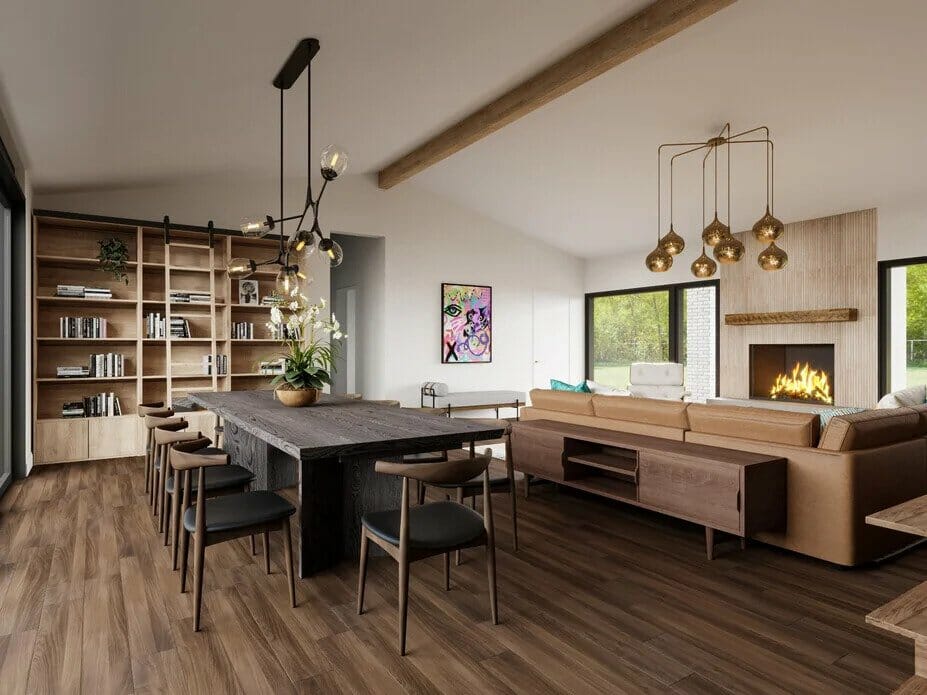 The spacious dining room became an elegant space fit for entertaining and enjoying meals with a large group of friends. Firmly dominating the area stands an attractive, mid-century modern dining set able to accommodate up to ten. It was surrounded by a matching cabinet and a console for storing away the functional accessories. At the same time, a large set of shelves covered the entire wall on the other side, providing an abundant display of books and decorative items. 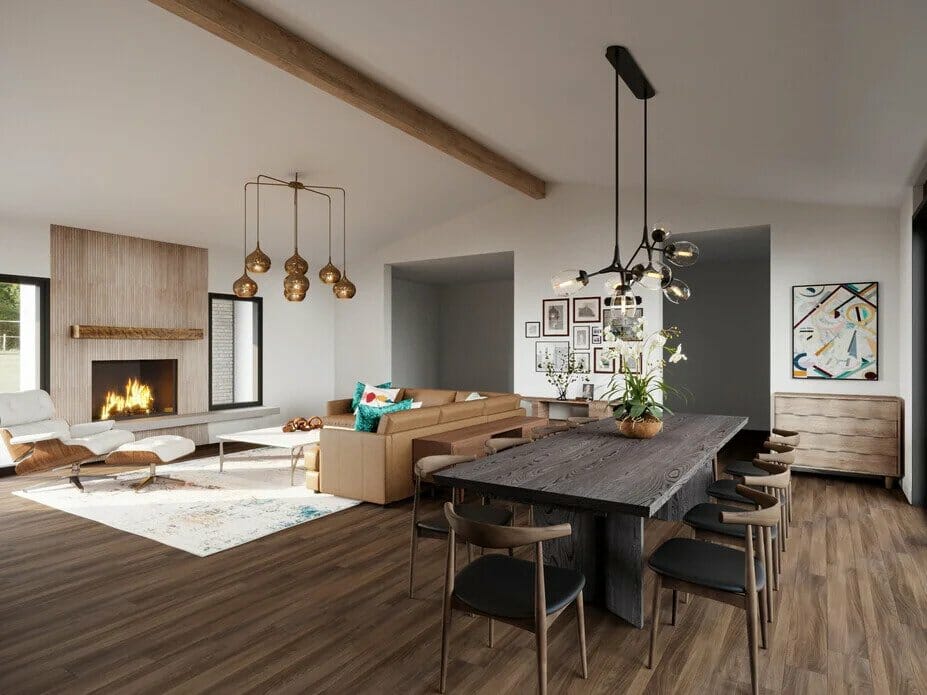 The living room as an independent but cohesively sound space posed a sweet challenge for the designer. She opted for a seemingly minimalist approach, using clean lines and mid-century modern furniture in a brighter palette. Simultaneously, using the rug, wall art, and decorative cushions, she altered the concept to enhance the visual interest and add a pop of color. On top of it all, the statement golden chandelier pulled the setting together, while also providing a touch of glamour.

Mid-Century Rooms Before the Change 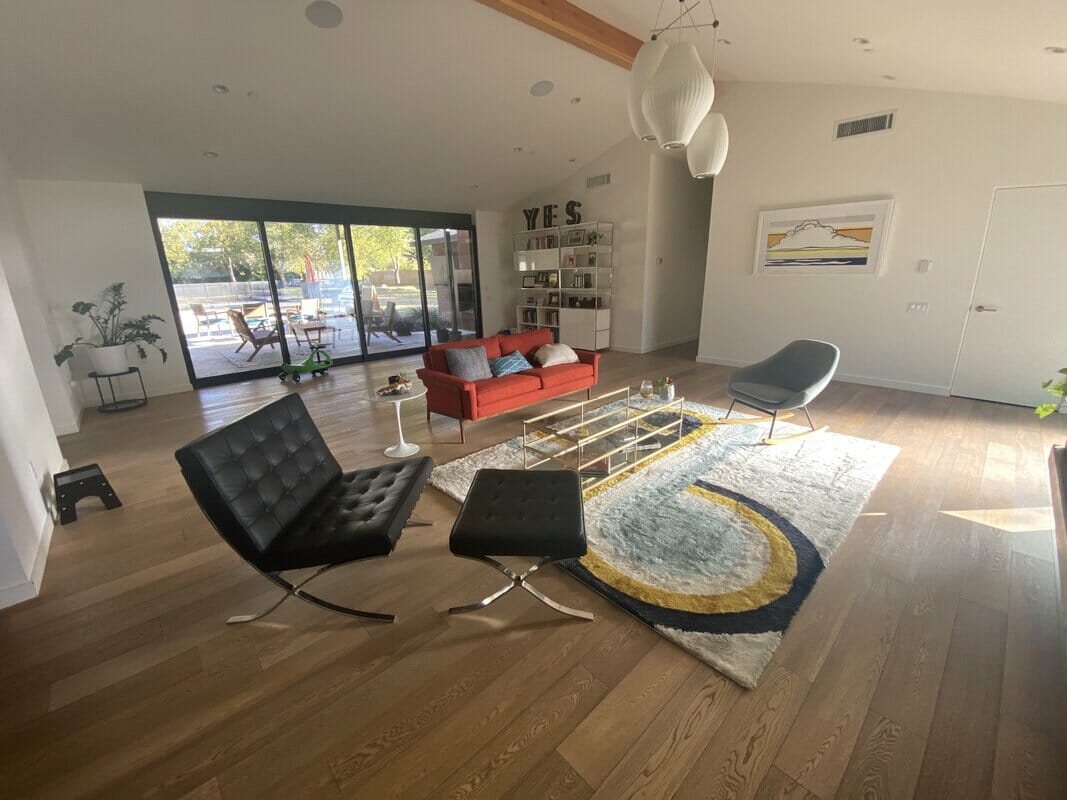 The original space featured a distinctively authentic vibe, which was not completely amiss. However, the functional potential of the room was overlooked in its entirety by such a layout. The original furniture, while stylish, was too small for the large, open footprint of the room. Theresa’s design solution multiplied the utility of the space, turning it into a stylish living and entertaining hub. 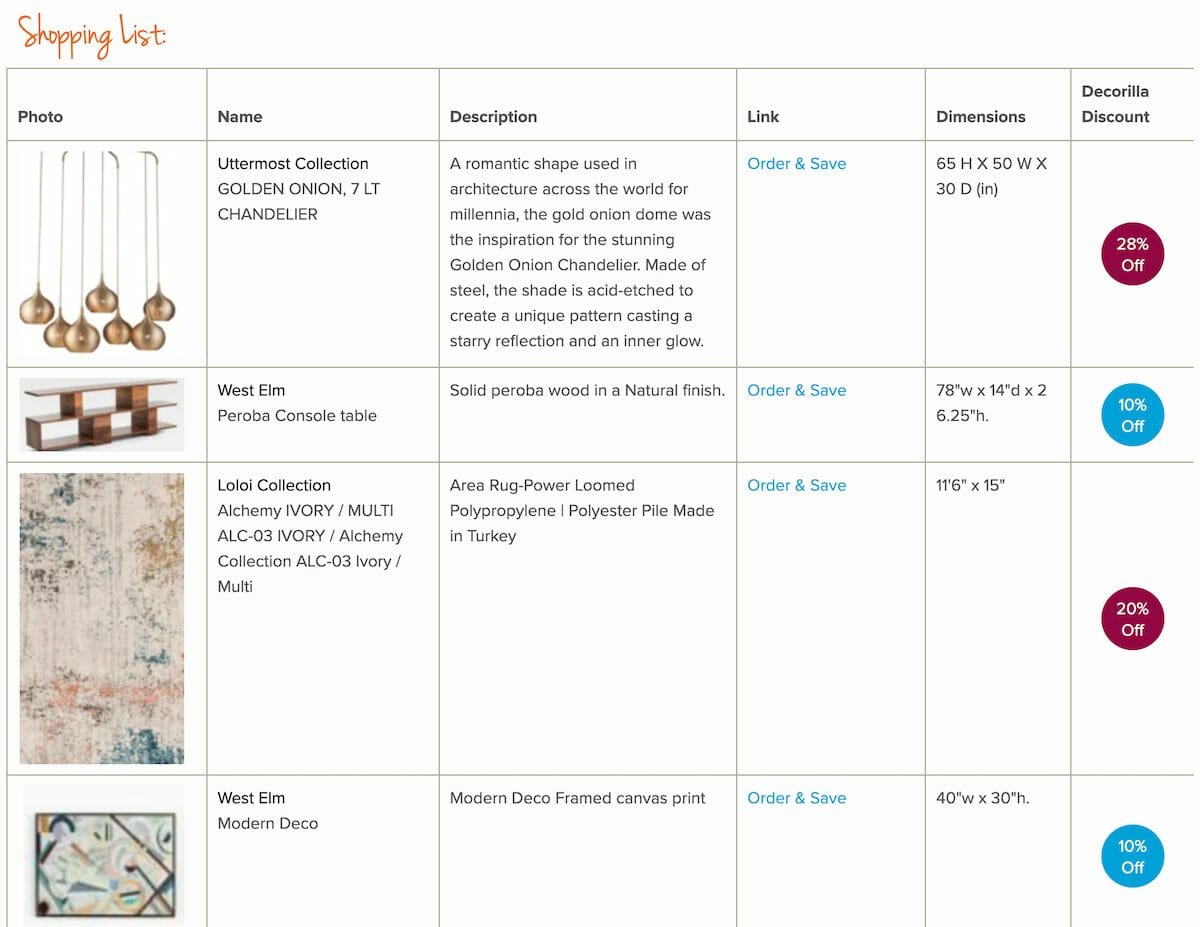 Working with Decorilla has several advantages, whether you’re up to an entire mid-century modern dining room remodeling or need some help with polishing an existing layout. The access to photorealistic 3D renderings helps you get the true feeling of the space before you commit to any changes. The online shopping list sweetens the deal, providing access to exclusive trade discounts that often exceed the cost of the design package itself.

Want to attempt a mid-century room of your own? Check out these MCM living room and dining room picks you might love as much as we do. 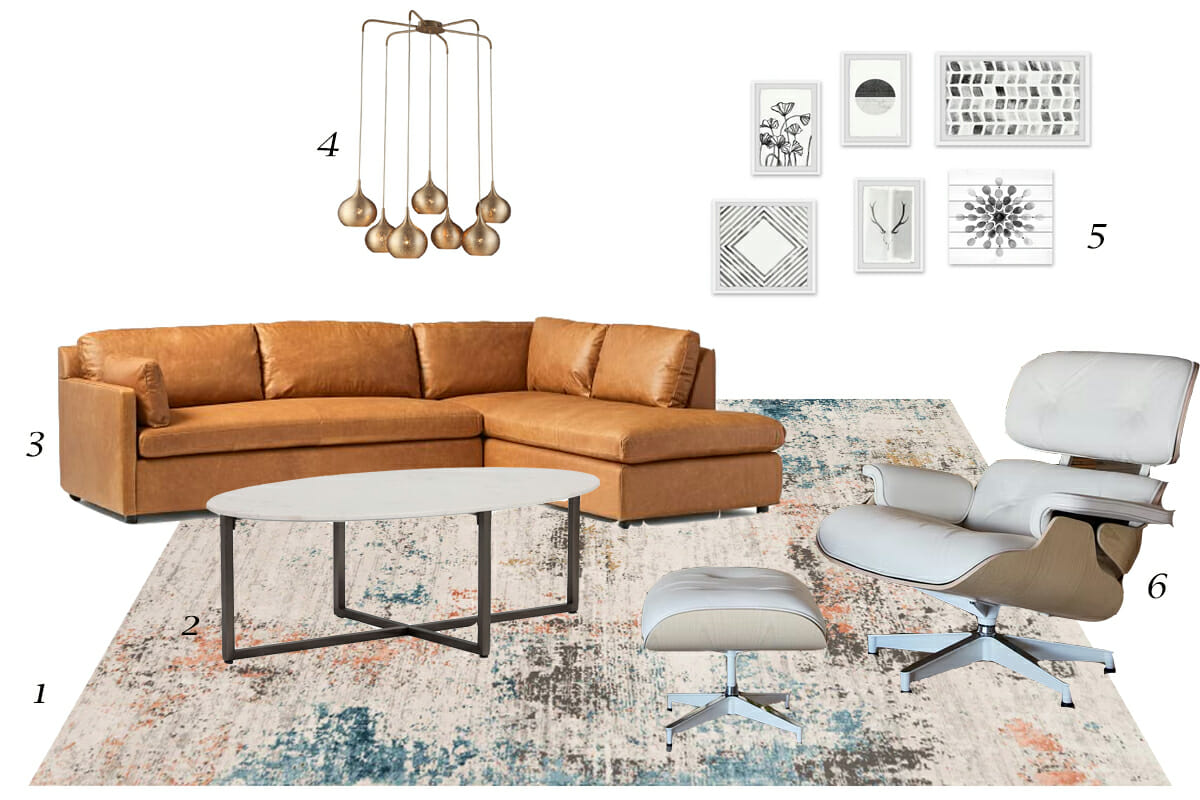 Ready for a mid-century makeover of your own?

Your home can undergo a stunning transformation too! Schedule a Free Interior Design Consultation to get started with leading designers today!